Clive sat gently on the stool. He opened the heavy wooden piano cover and the black and white keys appeared before him in order. As he was staring at and touching them with his fingers, old memories woke up in his head, when he was struggling to discipline his hands and make them play the delicate instrument. He lifted his tired look on the musical score. Just for a moment, in a blink of an eye, Clive got up the image of Édouard Claparède, more than 100 years ago, dressed in his robe and stripped socks as well, with his pointy beard uncombed, sitting on a piano playing the same song. Clive’s fantasy fired up…

Édouard Claparède was pushing himself to find a solution. Every day with no success so far. A couple of half hours playing the piano in the weekends were relaxing his mind a bit. Because he knew that on Monday morning he would deal with the same unbearable repetition.

Édouard Claparède, esteemed neurologists in the University Hospital of Geneva, was looking after patients with brain damages making them unable to create and store new memories. The families of the patients could not live with the condition as part of their lives.

How can you remain calm when every single day you are trying to imprint something that is condemned to be forgotten?

It was not easy for the society to integrate a person with full consciousness about who they are, ability to read and write but unable to remember what they had for a breakfast. The Hospital was full. But Édouard Claparède was fond of order and particularly persistent, as it was said. Every morning he was visiting his patients in their rooms, introduced himself as it was for the first time, shacked their hands and asked how they feel. Some within a few hours, some in a few minutes and others before the discussion was over had forgotten meeting and speaking to the doctor. However, he was always promising that the next day he would pass by again to see them. Édouard Claparède was sharing a sweet smile, they were replying either formally or mechanically and the visit was coming to an end.

One day, however, all of a sudden like Clive’s elusive thought, Édouard Claparède found a way to poke his patients’ minds. He dressed in his working robe, balanced his eyeglasses on his nose, relaxed his look and introduced himself for one more time.

“Good morning. We spoke yesterday. Do you remember me?”. “No. Pardon me. I do not recall you” answered the patient in the first room. “I am Édouard Claparède, neurologist in the Clinique” said the doctor and offered his hand, secretly hiding the pin he had placed on his palm. “Good morning doc..”. Before she managed to complete her phrase, the patient had pulled her hand looking at the doctor with constraint. She thought she had felt a sting on her hand. “Tomorrow I will pass by to see you again and I will ask you my name” the doctor said and walked away. 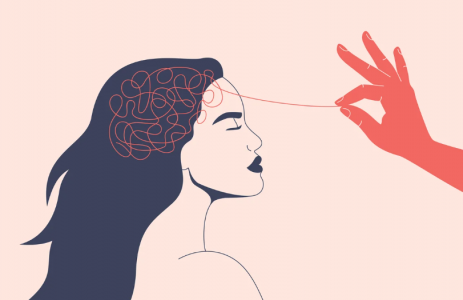 The next day, while trying to hide his unrest, the doctor greeted again the patient and she politely replied, although she did not remember him. Édouard Claparède introduced himself once again and offered his empty hand. The patient did not move, but rather stayed still starring at the doctor.

The doctor’s mustache spread on his two cheeks that had started getting red. “Why don’t you give me your hand?”. “Well, you know, sometimes people hide things in their hands” answered the patient automatically. “Have I ever made you feel uncomfortable with hidden objects in my hands?” asked the doctor faking his surprise. “Uhm, no. Excuse me doctor, I did not mean to insult you”.

Clive was sitting gently on the stool. He waived his puzzled look around. The heavy wooden piano cover was open and the keys were standing before him in order. How come the moments in his head are also black and white?