Behavioral Economics (BE) is the study of cognitive, social, and emotional influences on people’s observable economic behavior. BE research uses psychological experimentation to develop theories about human decision making and has identified a range of biases. The field is trying to change the way economists think about people’s perceptions of value and expressed preferences. BE is an interdisciplinary science, because it is based on the fields of Economics, Psychology, Sociology, Neuroscience and Anthropology. 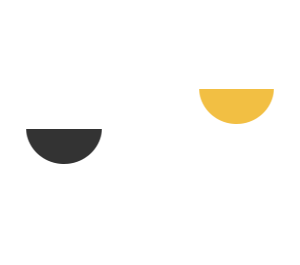 A cognitive bias refers to the systematic pattern of deviation from norm or rationality in judgment, whereby inferences about other people and situations may be drawn in an illogical fashion. Individuals create their own “subjective social reality” from their perception of the input. An individual’s construction of social reality, not the objective input, may dictate their behaviour in the social world. Thus, cognitive biases may sometimes lead to perceptual distortion, inaccurate judgment, illogical interpretation, or what is broadly called irrationality.

Behavioral Economics in our everyday lives

This field has to do about everything in our everyday lives, as it is based on human behavior and Decision-Making. Everyday people could find it useful to have some basic knowledge of Behavioral Science principles and findings in order to make more rational and self-interested decisions. These decisions may have to do with lke personal, relationship, career and social issues.

Finally, one of the most important aspects of BE knowledge is about financial decisions. For example, you have surely wondered plenty of times why you tend to spend more money than you’ve expected when visiting a retail shop. Well, as a customer, some basic BE knowledge could help you understand how marketers make you spend more, and as a marketer you can learn how to make customers spend the most!

The ‘nudge theory’ was coined and popularized in the 2008 book, ‘Nudge: Improving Decisions about Health, Wealth and Happiness’, written by American academics Richard H. Thaler and Cass R. Sustein.

“A nudge […] is any aspect of the choice architecture that alters people’s behavior in a predictable way, without forbidding any options or significantly changing their economic incentives. To count as a mere nudge, the intervention must be easy and cheap to avoid. Nudges are not mandates. Putting the fruit at eye level counts as a nudge. Banning junk food does not.”

Regression toward the mean simply says that, following an extreme random event, the next random event is likely to be less extreme. In no sense does the future event "compensate for" or "even out" the previous event.
Hyperbolic Discounting theory suggests that discounting is not time-consistent; it is neither linear nor occurs at a constant rate. Results show that people are happier to wait an extra month for a larger reward when it is in the distant future. In hyperbolic discounting, values placed on rewards decrease very rapidly for small delay periods and then fall more slowly for longer delays.
The tendency for people to place a disproportionately high value on objects that they partially assembled themselves, such as furniture from IKEA, regardless of the quality of the end result.
Humans tend to value more an object that they own compared to another one that they don’t. In other words, they would ask for more money to sell one of their items, while they would ask to pay less for the same item from another one.
The tendency of humans to concentrate on people or things that “survived” from a process, and not on those who didn’t. That ususally occues because of the popularity of things.
The Paradox of Choice - Why More Is Less is a 2004 book by American psychologist Barry Schwartz. In the book, Schwartz argues that eliminating consumer choices can greatly reduce anxiety for shoppers.

The overconfidence effect is observed when people’s subjective confidence in their own ability is greater than their objective (actual) performance.
Most transactions have an upside and a downside, but when something is FREE! we forget the downside, FREE! gives us such an emotional charge that we perceive what is being offered as immensely more valuable than it really is.
Choices can be worded in a way that highlights the positive or negative aspects of the same decision, leading to changes in their relative attractiveness. Different types of framing approaches have been identified, including risky choice framing, attribute framing and goal framing.
A default option is an option that will obtain if the chooser does nothing, then we can expect a large number of people to end up with that option, whether or not it is good for them.
The idea that people evaluate many outcomes as gains and losses, and that losses loom larger than gains. For instance, most of us would become more upset if they lost 50 euros, and less happy if they would have won 50 euros.
A core idea of mental accounting it that people treat money differently, depending on factors such as the money’s origin and intended use, rather than thinking of it in terms of formal accounting. An important term underlying the theory is fungibility, the fact that all money is the same and has no labels.
The social norms approach states that our behavior is influenced by incorrect perceptions of how other members of our social groups think and act. In general, People like to do what most people think it is right to do; people like to do what most people actually do.
It is the fact the people tend not to give up, easily, on a process that they have already spent time or money on, because they will feel like the time or money they spent went wasted. In other words it will feel like a loss to them! For example, most people will watch the home movie in the cinema when they have already paid the price of the ticket.
It is the mistaken belief that, if something happens more frequently than normal during some period, it will happen less frequently in the future, or that, if something happens less frequently than normal during some period, it will happen more frequently in the future.
People underestimate the length of time it will take them to complete a task, often ignoring past experience
Confirmation bias occurs when people seek out or evaluate information in a way that fits with their existing thinking and preconceptions. The domain of science, where theories should advance based on both falsifying and supporting evidence, has not been immune to bias, which is often associated with people trying to bolster existing attitudes and beliefs.
The human brain, when an individual arrives at a decision point, is divided into two easily distinctive systems, called System 1 and System 2:
The tendency to rely too heavily, or "anchor", on one trait or piece of information when making decisions (usually the first piece of information that we acquire on that subject)