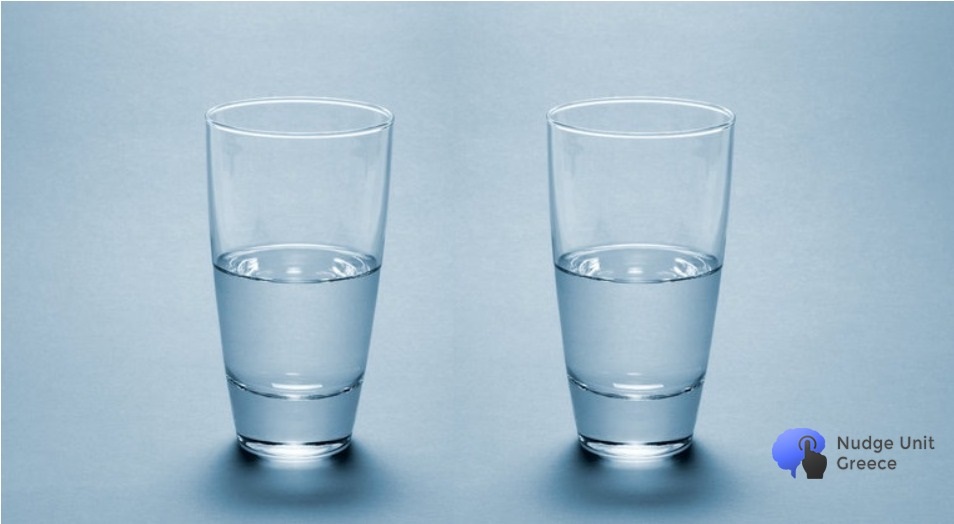 George and Peter, dear friends for more than 50 years although totally different, are having their morning coffee arguing about life as they have done so many times in the past. George, the more pessimist and introvert between the two, takes a sip and says that he keeps his money in the bank as this way he feels safe, considering the unstable financial environment of modern times. It is important, he underlines, someone to secure their future. Peter, optimist and extrovert on the other hand, explodes and says that that money should always be available. Nothing bad will happen. What if he wants to go on an exotic trip with a new love that he might unexpectedly find?

Both friends know very well and agree that their lifetime savings is what is at stake in their argument. They disagree, however, on how possible it is that the flow of life events might dramatically change. The pessimistic view is afraid of the worst and the optimistic one is anticipating for the best.

The behavior of each one of the two friends reflects their confidence that life events are distinguished by their unique subjective assignment of probability of occurrence (Machina & Schmeidler 1992). In other words, George and Peter, in the absence of objective data to calculate how possible or impossible an event is to take place, they separately deal with (un)certainty with their own subjective perception mechanisms. 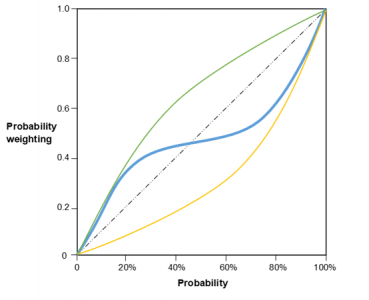 The aforementioned example confirms the notion of probability weighting function which, based on relevant research, is concave for low probabilities gradually changing into convex for high probabilities (Diecidue & Wakker, 2000). Imagine instead a function line that looks like an inverse-S. Such weighting (or sensitivity) change suggests low sensitivity in probability changes away from the absolutely impossible 0% and the absolutely certain 100% (Kahneman, 2013).

With or without ups-and-downs in regards to how sensitive we are to the uncertain, the analysis of probabilities is a notorious subject for centuries now, as it was described in the previous article. “The chance of gain is naturally overvalued, we may learn from the universal success of lotteries. The world neither ever saw, nor ever will see, a perfectly fair lottery; or one in which the whole gain compensated the whole loss; because the undertaker could make nothing by it” (Adam Smith, 1776).

Can you, perhaps, think of a reason that makes us indifferent to changes of the probabilities of an outcome to take place? Is everyone interested to lotteries? Which curve lines describe the stereotypical profiles of the two friends in the introductory example?